The experience of "singular plural" and the new episode

The first time that Oda Projesi was at ANA http://www.astrid-noack.dk residency was at 2013  with the project ANA. The project ANA was on the issue of "motherhood" and everyday life production also focusing on the resistance and occupy movement  in Istanbul.  The inspiration for ANA project had occured from the very need of Oda Projesi being as artist mothers and participating to this residency with their kids. Another important influence was from the artist Deidre M. Donoghue from Ada Collective, Rotterdam; who was and still is working on a research project called http://www.mothervoices.org (M)other Voices: The maternal as an attitude; maternal thinking & the production of art.

The second time of the residency at ANA was April 2016; Oda Projesi this time searched for tactics and strategies on how to go on as an artist collective, working individually, after such an intense experience of working together. This time they decided to work on their own projects at the studio space of Astrid Noack. The studio as a space offered different corners and different points of attraction. Oda Projesi at the begining of 2000 when getting together, has experienced a similiar mode of working in the space. The question was, what do we need? and what does the space offer? what are the potentials?

So after 16 years this was the very first time Oda Projesi worked in the same place but on different topics as individuals.

This gave a very refreshing energy to the group, as collectiveness can be defined in various ways, and it is always needed to get a distance to ones practice and try to re define it.

From this time and on there will be the new episode of Oda Projesi collective; as a togetherness they will focus on "the archive of the project" and individually the group members will work on their own productions. 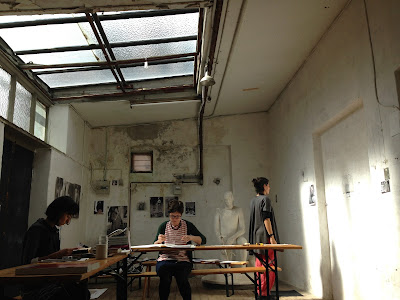 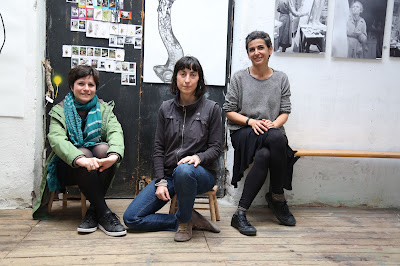