Invisible Labor and Motherhood / On Air

Listen from here: motherhood on air

For Radyo Bienal, Oda Projesi invites other women to reflect on invisible labour, motherhood and the radio. This is a sequel to 'Radio Within a Radio', which was a series of contributions by Oda Projesi to the Turkish edition of Radyo Bienal, broadcasted throughout 2021 on Açık Radyo. Oda Projesi is also invited to the 17th Istanbul Biennial with their 'Anne(x)' newspaper on motherhood.Güneş Savaş invites four female artists Myriam Varela, María Gimeno, Karen Raicher and Aylin Önel who are not living in their birth country. They answered the same questions from within their own situatednesses and perspectives: What does it mean to feel like you belong somewhere? Through what kinds of labour action does the house become a space of belonging?Özge Açıkkol invites Elin Strand Ruin and Biray Kolluoğu. The artist/architect Elin Strand Ruin responds to a set of questions by Oda Projesi: Is it possible to make a revolution in the kitchen and if so, what kind of revolution would it be? Elin refers to her work-in-progress 'Praxagora Kitchen' that took different forms in public space in two neighbourhoods in Stockholm. Biray Kolluoğlu is a professor of Sociolgy in Boğaziçi University. She reflects on the 'invisible labour of the egg' and elaborates on the power of naturalizing and denaturalizing. Seçil Yersel invites Kija Benford, the founder of Vrouwenmantel Art Research Group that is a Dutch-based art initiative specialising on the research of the maternal arts. Kija Benford directs three questions by Oda Projesi to mother and artist Eefje Wijnings, Danni van Amstel and Chloë Marsden: Is there a connection between invisible domestic labour and the invisibility of the radio? How can invisible labour have visibility within the invisible radio field? Does gossip make the invisible, visible? Through what kinds of labour action does the house become a space of belonging? 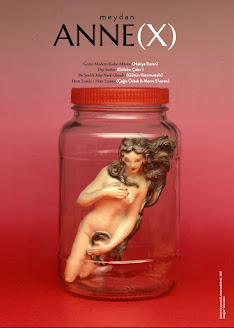 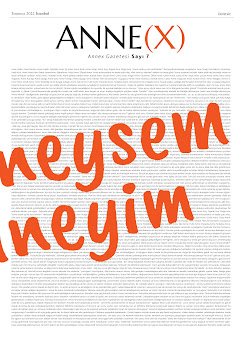 anne(x) in English
Anne(x) TR & ENG
Oda Projesi’s multi-format participation in the Biennial is informed by the collective’s longstanding research into ‘motherhood and production’ and a series of meetings and interviews conducted with groups of mothers and non-mothers from the cultural sector in various geographies. Audio excerpts from their ongoing conversation series were featured in the weekly transmissions of Radyo Bienal at Açık Radyo 95.0, ‘parasitically’ leaking into its regular programming and questioning concepts like care, precariousness and sisterhood. The collective features in the channel’s English-language podcast seriesand launches the seventh edition of its Anne(x) newspaper during the Biennial with a series of public and more intimate conversations. The printed Turkish edition of the newspaper can be accessed from the reading rooms in the biennial venues Barın Han and Küçük Mustafa Paşa Hammam, as well as the P Building of Müze Gazhane and the Istanbul Bookstore in Gazhane.
zaman: Eylül 26, 2022
Bunu E-postayla GönderBlogThis!Twitter'da PaylaşFacebook'ta PaylaşPinterest'te Paylaş 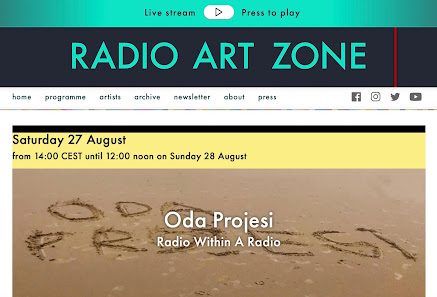 If Oda Projesi makes a radio within a radio only for 22 hours, what would it sound like? What sounds can this radio carry? In 2005 for a local radiochannel in Istanbul Oda Projesi did a programme that was called "radio within a radio 101.7EFEM". There we "acted" as if a radio channel; with news, interviews, advertisements, but also parasites interfering with and within the radio channel. (The programme originated from a pirate radio station we have organized with Matthieu Prat in the neighbourhood of Oda Projesi in 2005 for one month; just before leaving our project space.) Now if we have 22 hours then we plan to have 22 people, 22 places, 22 acts, 22 strategies, 22 incidents in this 22 hours of broadcasting. The main concern will be (can be) on motherhood (as this is a theme we are currently working on). The members of the collective, who have focused their research on "motherhood and production" since 2013, have had a series of conversations with groups of mothers who are not limited to their own experiences. During these meetings, “How were our daily life and art practices shaped after becoming a mother? How did maternal states affect our production? "What does it mean to be a mother and an artist at the same time?" were some of the questions.

A curatorial game by Oda Projesi

What is happening behind the walls? After 2 years of pandemic life, especially women were trapped between the walls day by day. What did that mean for women and mothers to “stay at home”? Lots of research has been made and lots of statistical information have been shared around the increasing invisible domestic labour during the pandemic. What can we do with this information now? What is it for? Til Vaegs’ main tools of display are the attached screens on the outer walls of the buildings, this creates a curiosity: What is it behind the screens? What is it that we don’t see and witness? After 2 years of “staying at home”, what can we imagine that would happen “inside”; create discussions and gatherings? Oda Projesi uses the “ear to ear” method (the children’s game kulaktan kulağa as in Turkish; which is translated as “Chinese whispers”) between the participants who are all from Istanbul and from different backgrounds. Each participant asked a question that Oda Projesi forwarded to another participant. The video works are the answers to these questions: as such, there is an intended dialogue between the screens so between the topics of normalized accepted appearances. 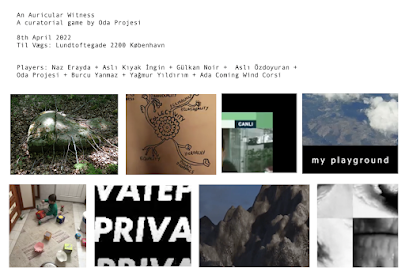 "We at Vrouwenmantel Art Research Group strive to create spaces where the maternal in art can be researched, such as the maternal that can be assumed in one’s art practice or the alternative models in art that are found on a care-based work ethic. In these spaces integrity, safety, inclusivity and caregiving are our main priorities and are in place to abolish hierarchical structures."

Becoming, experiencing and practicing motherhood was a big shift in the daily life of Oda Projesi artist collective and its artistic practice. When we wanted to approach the issue, we realised that we have three different but interconnected approaches. 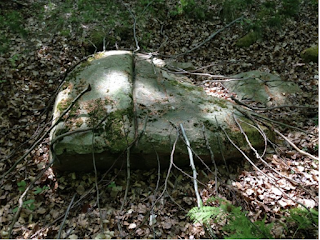 The exhibition “Words and Actions” contemplates what we communicate and how we act. It was inspired by the roles of politicians in our lives, particularly those who speak but don’t stand behind their words, or those who say too much, and the words become radical noise that affects our better judgement. ‘Words Matter’ was the initial term presented to me in relation to this project. My understanding of the term is that words have a place in the world and they make a difference. Ludwig Wittgenstein wrote: “The limits of my language means the limits of my world.” And indeed, language paints a picture of reality. Words have the power to change, shift, convince, deceive, fool, seduce, nurture, and support.